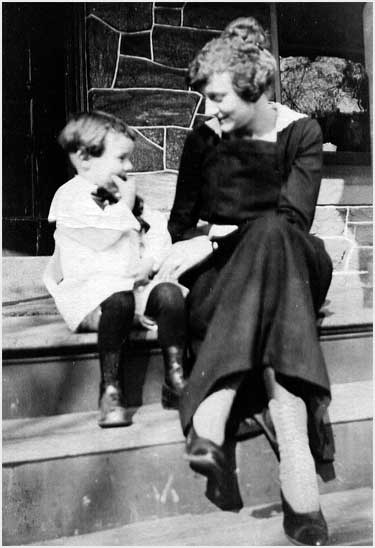 Gerry with his mother Louise

Gerry’s autobiography “Being Gerry Mulligan: My Life in Music” will be released. Here are a few chapter synopses:

Growing Up – Gerry describes his upbringing in Marion, Ohio, where his father worked for the railroad. He also recalls his African-American nanny, Lily Rowan; his Catholic school in Kalamazoo; his lifelong fascination with trains; and his first efforts as an arranger while a schoolboy.

Gil’s Place – While in his teens, Gerry worked as an arranger and band member for Elliot Lawrence. Gerry’s genius, particularly as an arranger, led to work with Gene Krupa and Claude Thornhill. Settling in New York around 1948, Gerry spent most of his time at Gil Evans’ apartment with Miles Davis and others, leading to the legendary Birth of the Cool album.

Miles Davis – Gerry describes the dynamics of Miles Davis’s band as it worked in recording, rehearsals, and performance. He finds the players’ level of cooperation to be very different on stage from in the studio, and also elaborates on what kind of sound they were trying to achieve.

Charlie Parker – While in New York, Gerry was deeply affected by Charlie Parker, whose early recordings influenced him, as they did many others, and whose personal encouragement inspired Gerry not only as a composer and arranger, but as a performer.

Pianoless Quartet – Gerry moved to Los Angeles in the spring of 1952 with girlfriend, Gail Madden, and got work there as an arranger with Stan Kenton. While relegated to writing mostly dance arrangements, Gerry was asked to write an original composition, the now classic “Young Blood.”

Chet Baker – Chet Baker’s musical affinity with Gerry made it possible for them to improvise contrapuntally with remarkable results. Here Gerry recalls that rare compatibility that made the quartet one of jazz history’s most successful collaborative ventures.

On Counterpoint – Aware of the oversimplifications and distortions that have arisen in the lore surrounding the quartet, Gerry discusses some of the ideas about counterpoint that were in the air at the time he arrived on the West Coast.

Addictions – In the fifties, Gerry became addicted to heroin, which affected his personal and musical life so severely that he sought medical help. He was finally able to withdraw completely from drug use.

Thelonious Monk – The pairing of Thelonious Monk with Gerry on a recording seems to many an unusual idea. Gerry speaks of his friendship with Monk and how an impromptu session in the recording studio with this artist happened.

Live vs. Studio – Gerry discusses his views on studio recordings versus recordings of public performances. During his last decade, Gerry became more involved with the production of his studio recordings. He describes his idea that an album must evolve from the material to become a complete entity.

Gene Krupa – On the road with Gene Krupa, Gerry learned something about classical music from the records Gene would bring with him and play. Gerry recalls how important it was for him to have a musical mentor who could point out what to listen for, especially in new and challenging works.

Astor & Franca – In 1974, while recording an album in Milan with Astor Piazzolla, Gerry met his future wife, Contessa Franca Rota Borghini Baldovinetti. Astor was a friend of Franca. She later photographed Gerry for a magazine and interviewed him, which led them to an everlasting romance.

These synopses were prepared by Jon Newsom, Chief of the Music Division at the Library of Congress from 1997-2005 and his wife, Iris Newsom, editor in the Library’s Publishing Office.